A few weeks ago, I was lucky enough to travel to Italy for almost two weeks to eat, drink and be merry. I went with my boyfriend Dave and his parents, and it was a celebration of Dave finishing four long years of law school and taking the bar exam. And it was also a celebration of me putting up with it the last four years. 🙂 So, here is a little 3-part blog series on our trip, day by day, starting with Rome. I (literally) ate my way through Italy, and have photos of everything along the way. I’ll share the whole album of photos in part 3 since there are LOTS to share.

Day 1: Monday, August 8, 2011
After flying through the night (PIT -> DTW -> FCO), we arrived in Rome in the morning. Since it was too early to check in, we walked down to the Trevi fountain and had a bite to eat. I was legit falling asleep at the table. That jetlag hit me hard. So, once it was time to check in, we took a nice long nap, got up, and it was dinnertime.

Dinner, night 1 at the Hotel Majestic: 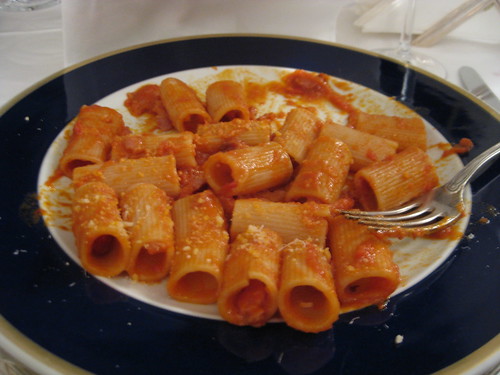 Day 2: Tuesday, August 9, 2011
After getting a good night’s sleep, it was time to hit the streets of Rome. After a little hotel breakfast (brie for breakfast? yes, please) my tour guide (a.k.a. my boyfriend) took me on a walk to the forum and the Colosseum. We saw all of the ruins, and went on a tour of both the forum and the Colosseum (and people watched — Italy is GREAT for people watching). Some sites: 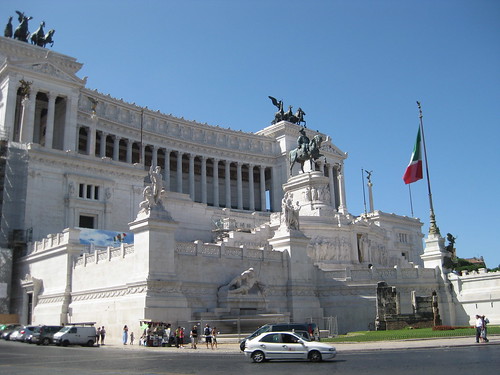 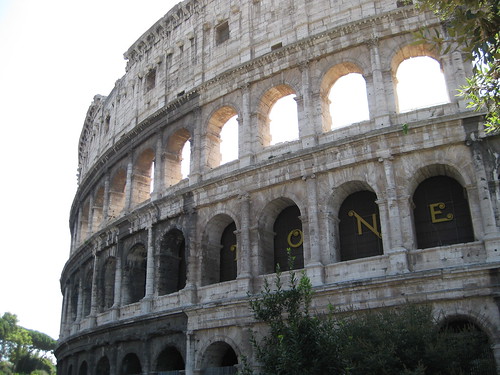 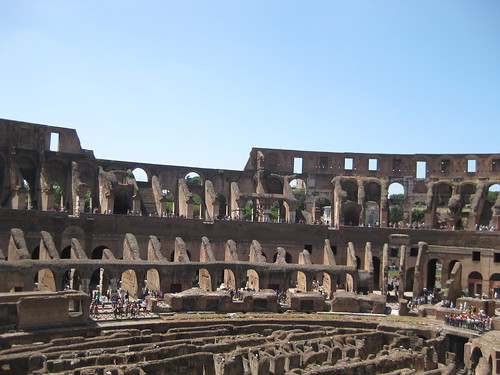 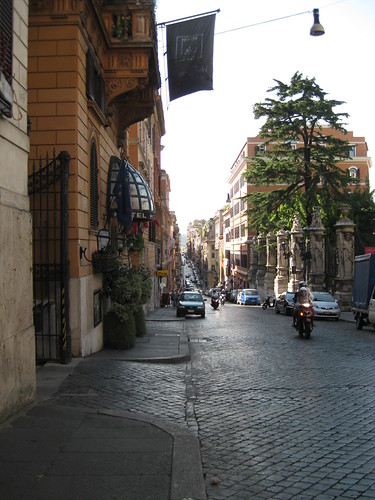 We walked all the way back to the hotel on Via Veneto and I was DIRTY. I had Roman filth all over my feet, so I hosed off in the shower (after contemplating sticking my feet in the bidet.) After a little rest and showers, it was time for dinner, night 2 at Girarrosto Toscano (which was excellent):

A little pasta and a little risotto. Finished with some cafe gelato: 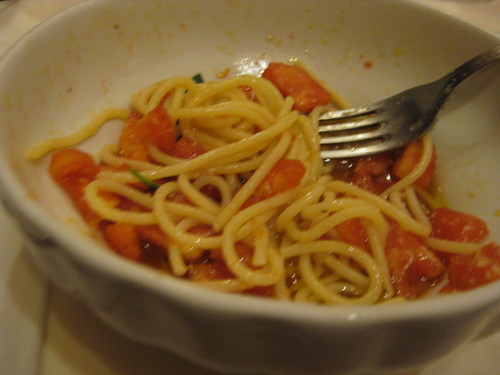 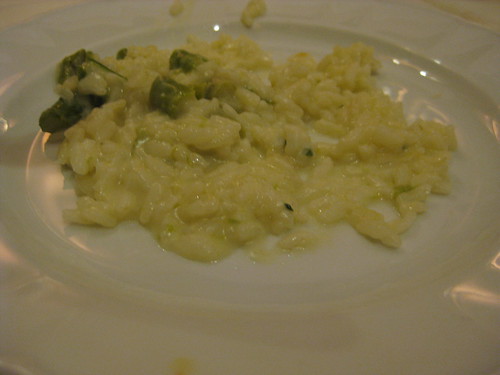 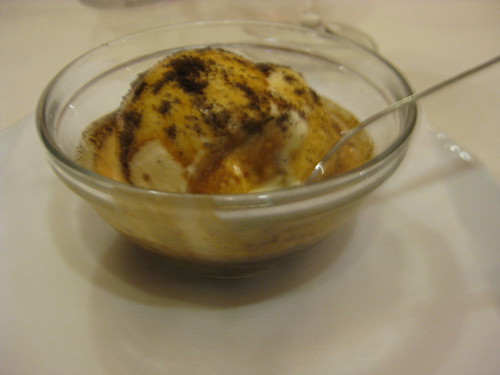 Not pictured: a delicious spread of antipasto that took up the entire table. Then, sweet dreams of buffalo mozzarella danced in my head.

And then we hit up the The Capuchin Crypt, which was super creepy and super interesting. Here’s a photo from Wikipedia since we were not allowed to take any:

On a happier note, it was then time to go on our next tour, so we took a tour bus over to  the Vatican and Saint Peter’s Square and Basilica: 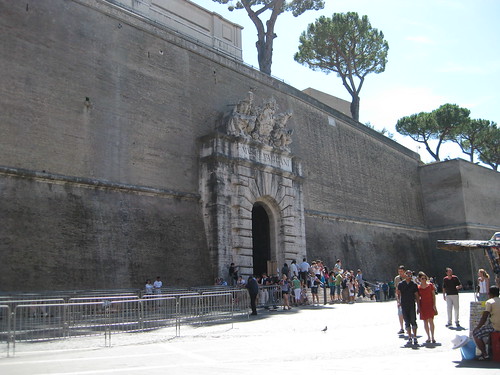 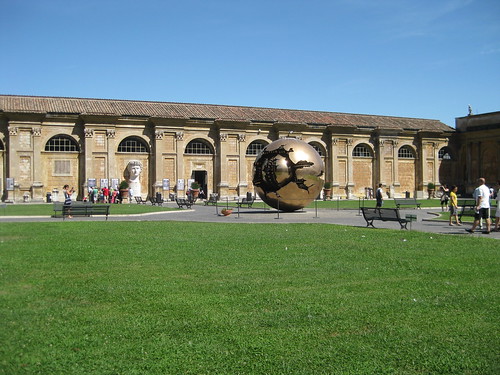 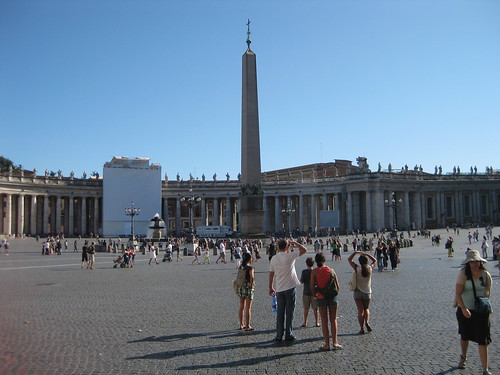 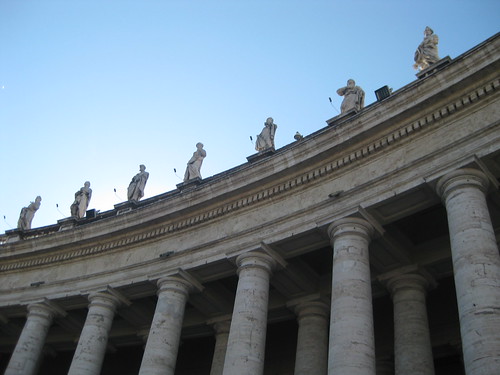 After seeing the sights, it was back to the hotel for some relaxation and preparation for our night ahead. First, Piazza Navona: 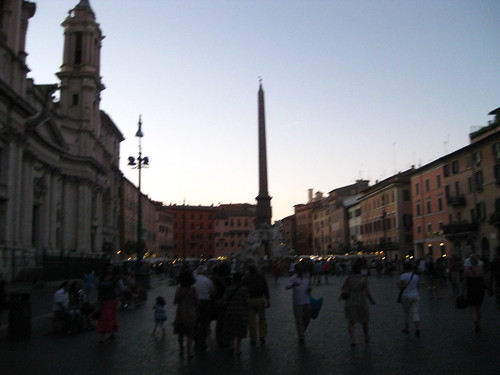 Then dinner at Ristorante Pierluigi. Since I’m a terrible faux food blogger, I didn’t snap a picture of dinner. So, onto La Botticella, home of STEELERS NATION Italia. Fun fact: When Dave studied in Rome two years ago, they watched the Pens win the Stanley Cup here. Look how cute it is: 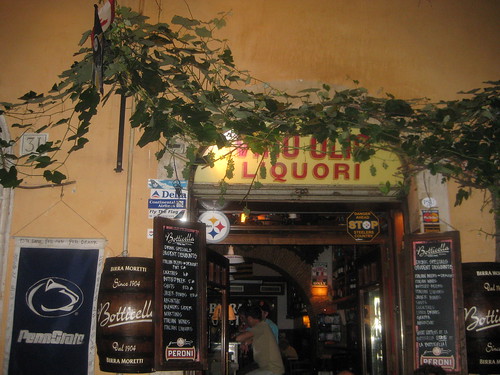 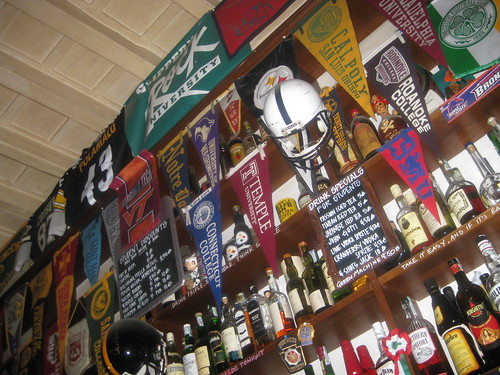 See you in the Amalfi Coast in part 2! (Click here for part 3 if you want to read ahead…cheater.)