Day 7: Sunday, August 14, 2011
I dislike getting up early, but when getting up early means going from one beautiful part of Italy to another, I’m OK with it. Although I was sad to leave Ravello, it was time for the third leg of our trip. So we got back in the rental car around 6 a.m., and drove back up the autostrade to the Rome airport. And after a quick flight over the sea, we arrived at the Catania airport in Sicily.

It was about a 40-minute trip to our hotel, and we arrived in Taormina at the Hotel Belvedere. From the front: 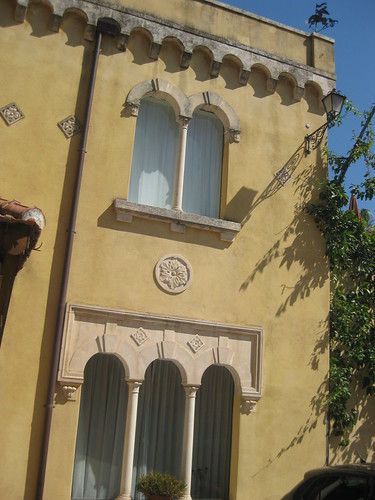 View from the back: 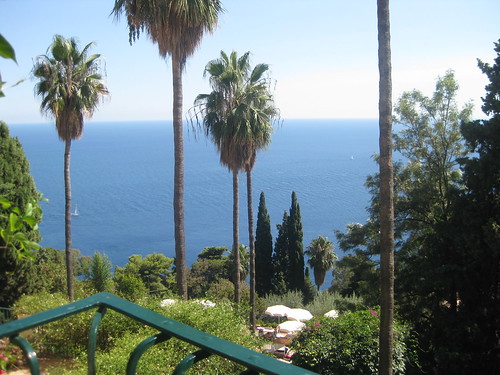 Another amazing view. After settling in, we went out exploring the streets of Taormina. During this time was Italy’s vacation season, so lots of Italians were vacationing here, too. I considered it the equivalent of Americans vacationing in Ocean City, MD or the Outer Banks. Dinner that night was more pasta, and this time, with some salmon: 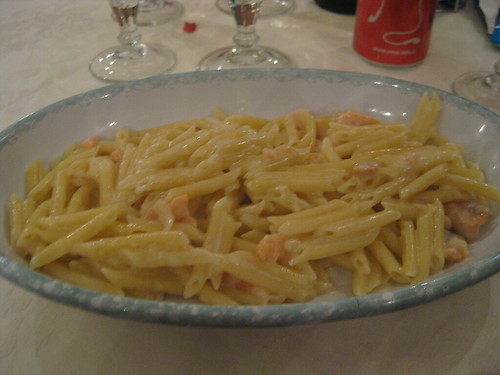 Afterwards, we had after-dinner drinks at a cute cafe, where I had a delicious espresso/amaretto drink (decaf), before turning in for the evening: 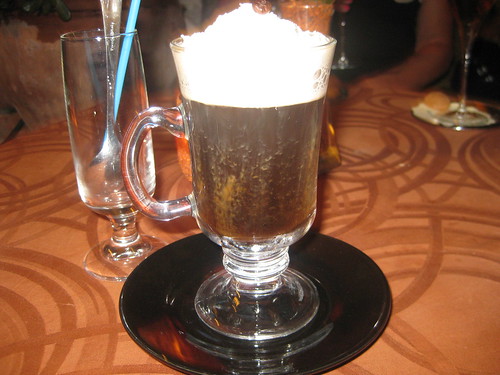 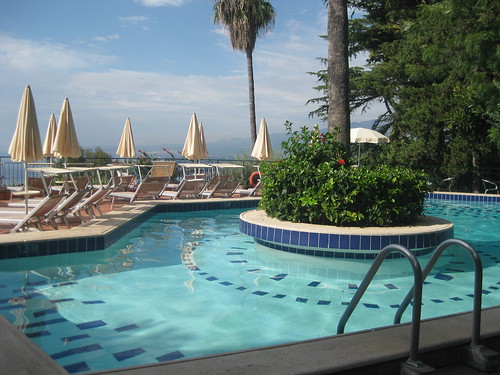 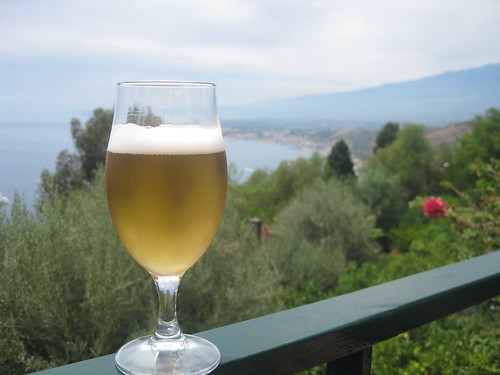 After reading and chillaxin at the pool all day, it was time yet again to get ready for dinner. What a life. I heart vacation. I had mussels with the group, then pizza. Pizza in Sicily was different than in Anacapri. Good different. First, it wasn’t cut, so you had to cut your own slices. I watched an Italian lady beside me cut hers like a piece of meat. The taste was different, too. The biggest difference was the cheese. In Anacapri, there was more buffalo mozzarella, which changed the flavor. Basically, pizza in Italy, no matter where you go, is amazing. 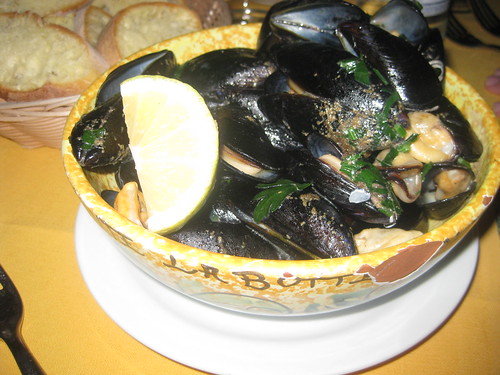 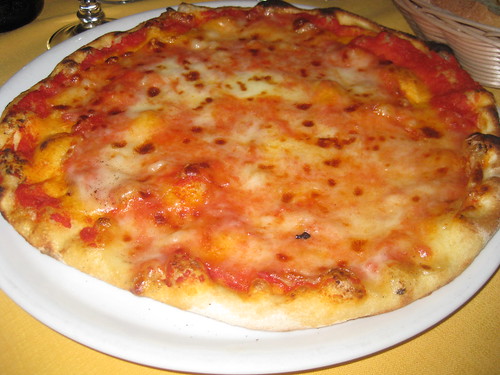 Day 9: Tuesday, August 16, 2011
Since we were lazy the day before, this day was about exploring more of Taormina. So it was on to the Greek Theater. This was built in the 3rd century BC and STILL hosts concerts and other performances. Pretty cool. 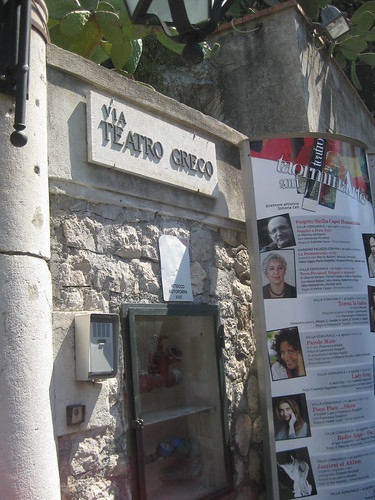 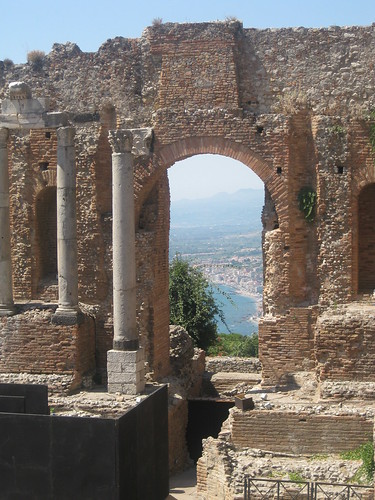 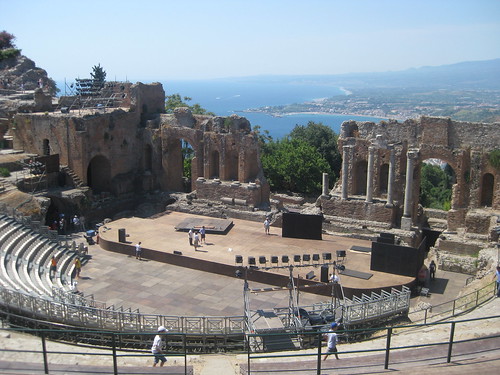 When we climbed up to the top, we got a great view of Mount Etna, the tallest active volcano in Europe: 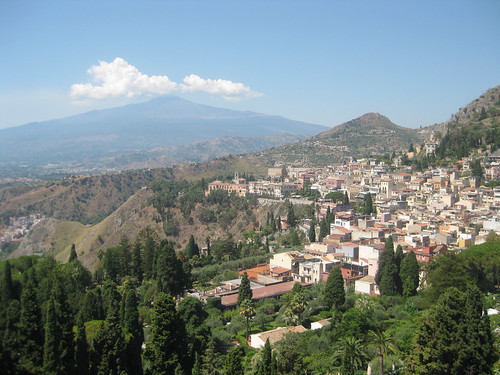 Not too shabby. After we saw the theater and the view from the top, we explored some more of the streets and did a little shopping. Taormina is very cool, and each part of Italy I saw was different from the other. Some other scenes from the day: 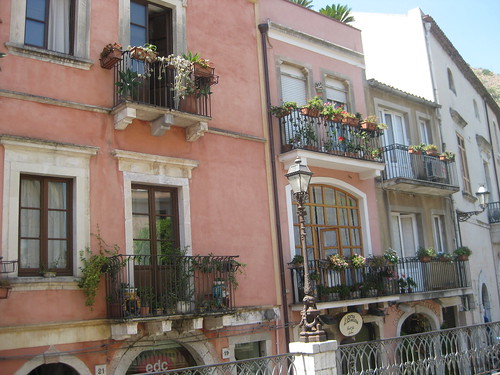 The Duomo, which dates back to the 13th century: 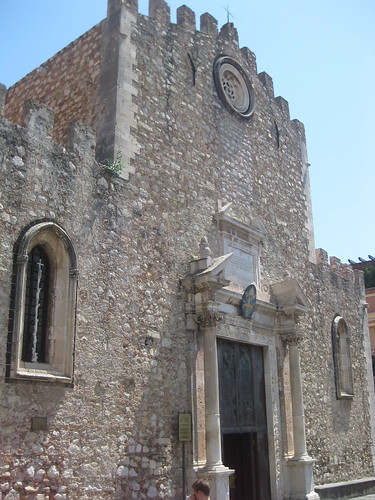 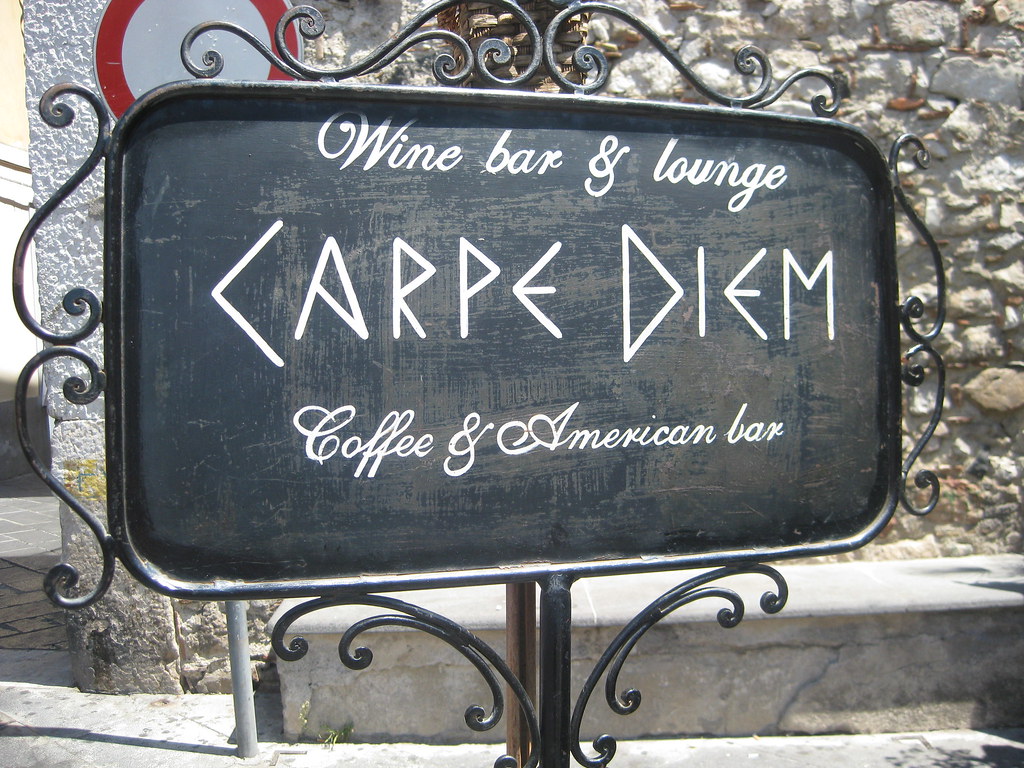 After a day of sight seeing, we were hungry (obviously). This day, Dave and I decided to check out an Irish pub we saw, for a change of pace. We’d been eating non-stop Italian for over a week, so when we saw Irish fare, we were intrigued. First, fun Irish snacks:

Then, we ordered burgers. These were nothing like American burgers. But, it was still fun to try:

To finish up the non-Italian theme of the day, I went with a Mojito to drink after dinner:

Day 10: Wednesday, August 17, 2011
Today was our last full day in Italy. As much as I was in love with it, I was ready to go home. I missed Starbucks, hot yoga, my bed, breakfast smoothies, running, and my daily routine. Who would have guessed? But, we still wanted to enjoy our time in Sicily, so we did some last minute shopping and sightseeing. 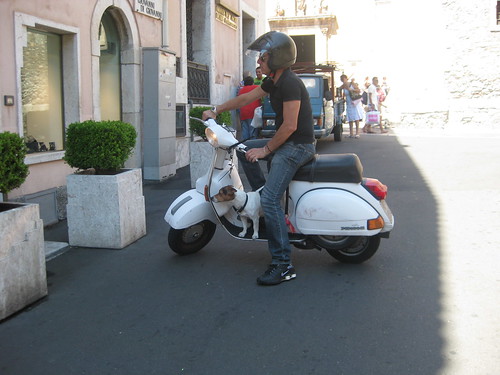 Love all the dogs I saw in Italy, especially this one on a vespa. I reallllly want a vespa now that I’ve been to Italy. We finished up the day with lounging by the pool, and I had pasta poolside. 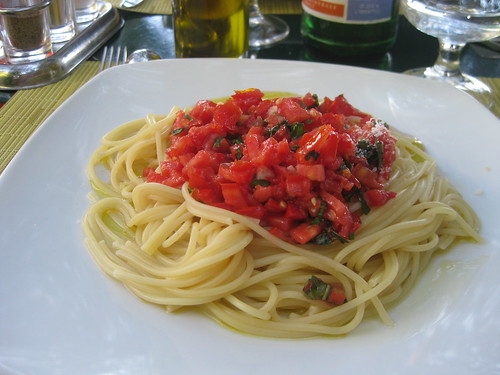 And then, the last supper: 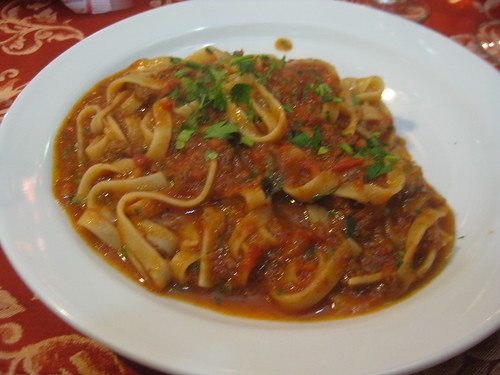 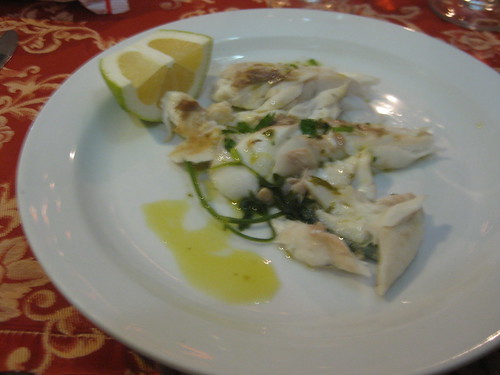 Yep, I had pasta again, bolognese. We had grouper, too. I wasn’t TOO adventurous, since meat in Italy kind of scared me. Some fish come with their heads still on.  I don’t eat too much meat as it is, so this wasn’t appetizing to me. But, I got to experience so many amazing pasta dishes that this wasn’t an issue. We ended the evening with gelato. We had gelato a few times, which is soo much better than ice cream. The chocolate I had the last night tasted like brownie batter. Mmmmmm. 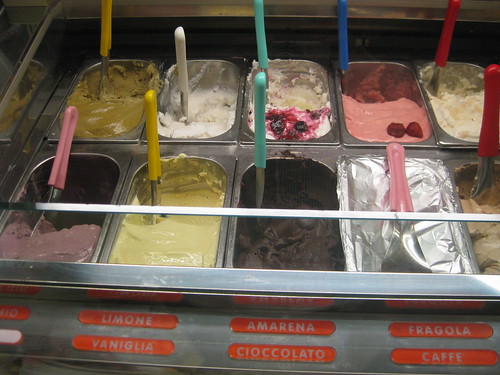 The next day was an extremely early wake up call to venture back to Rome, then Boston, then Pittsburgh. It sucked, but we made it home safe and sound, with no travel issues. Plus, I had the weekend to recuperate from the jet lag before it was back to work and back to reality. Viva la Italia!