When we last left off, I was dreaming of cheese and Steelers bars in Rome. But it was time to leave the city and get to the coast to Ravello. Ravello, which is on the Amalfi Coast, was founded in the 5th century as a shelter place against the barbarian invasions which marked the end of the Western Roman Empire. Thanks, Wikipedia.
Day 4: Thursday, August 11, 2011
We got up in Rome, had breakfast and into the rental car for the drive down the autostrade. To actually get to Ravello, you have a lot of uphill cliff driving to do after you get off the autostrade. It’s a little scary if you’re afraid of heights. Very narrow road, too. But that didn’t matter, because when you get there, you see this: 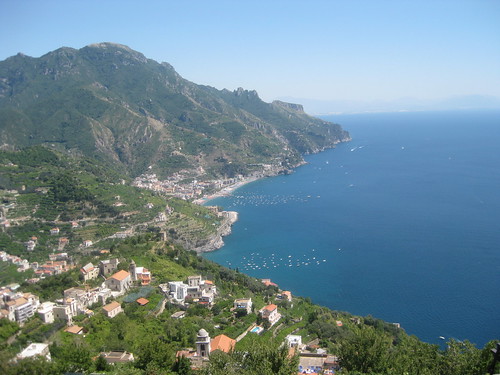 Ah-mazing. We checked into the Hotel Villa Maria and had a little snack in the piazza. Some photos from our first day: 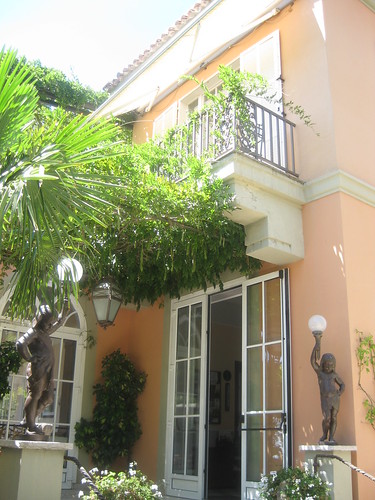 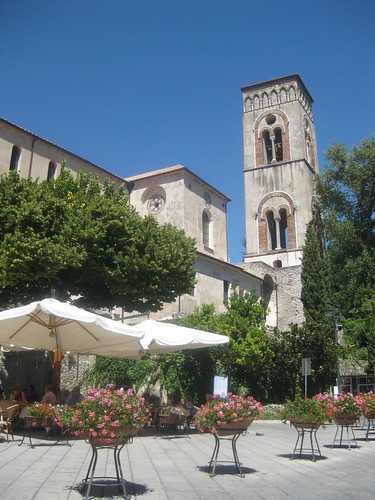 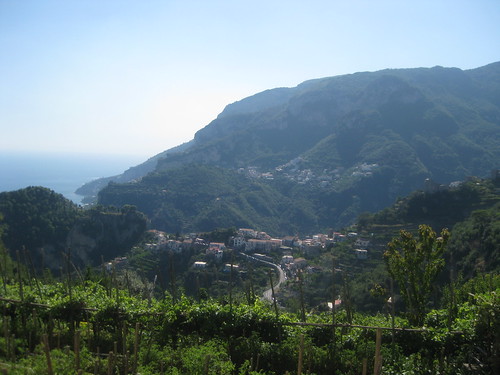 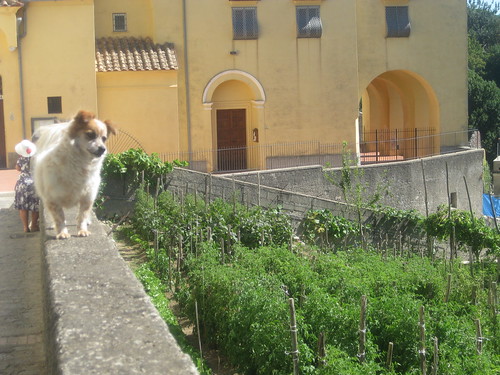 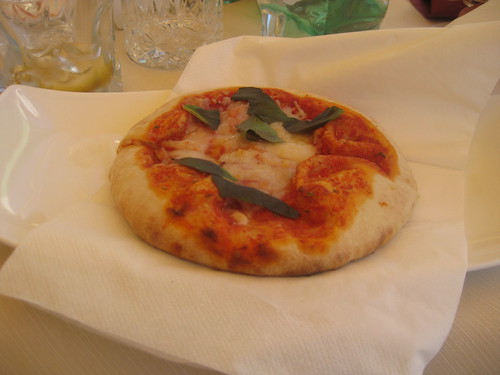 After doing a little exploring, it was time to eat dinner…glorious, dinner. We dined al fresco at our hotel’s restaurant. This was our dining “room”: 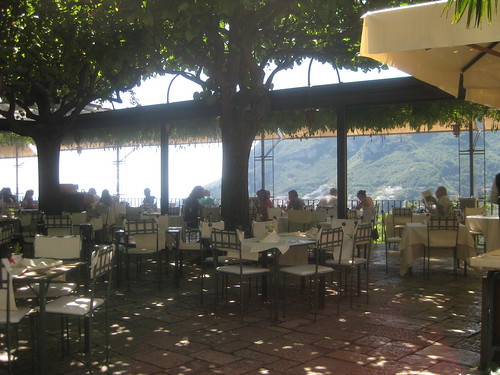 And then I ate this: 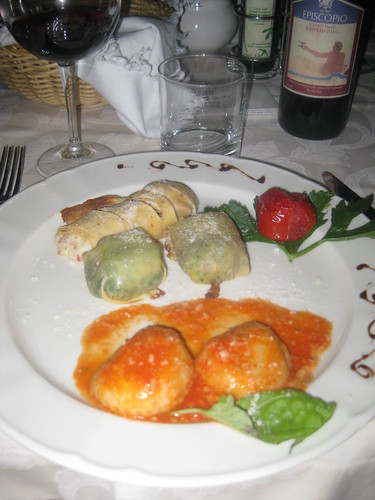 Crepes and raviolis. SO. Good. Could the food be actually getting better by the day? I think so.

Day 5: Friday, August 12, 2011
Our second day in Ravello was time to explore. Right near our hotel was the Villa Cimbrone, which dates back to the 11th century. I’ll let the pictures tell the story: 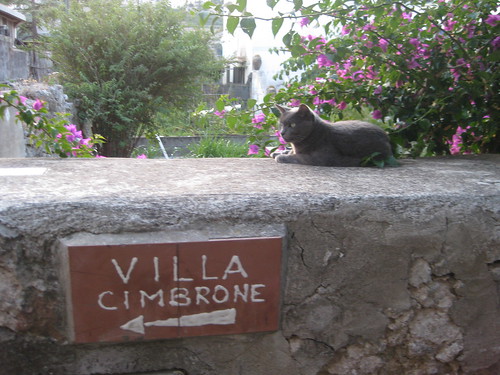 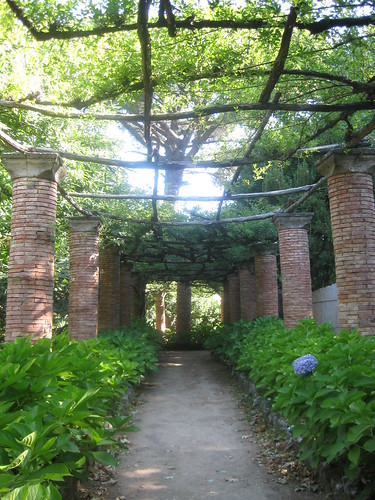 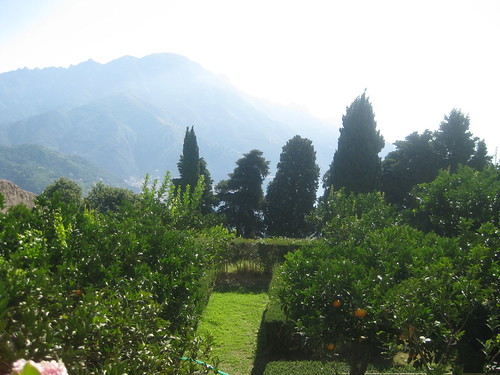 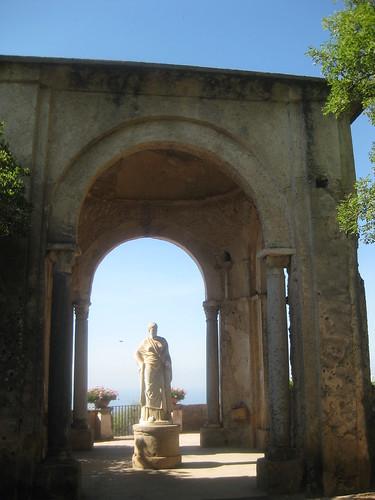 And then the Terrace of Infinity: 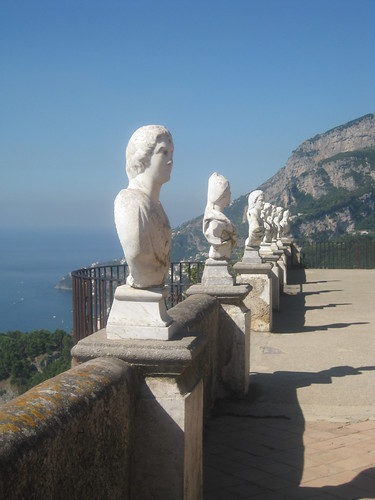 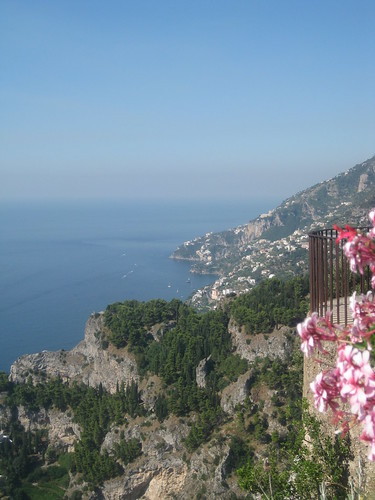 After we took in the view, we hopped on a bus and then a ferry to Capri: 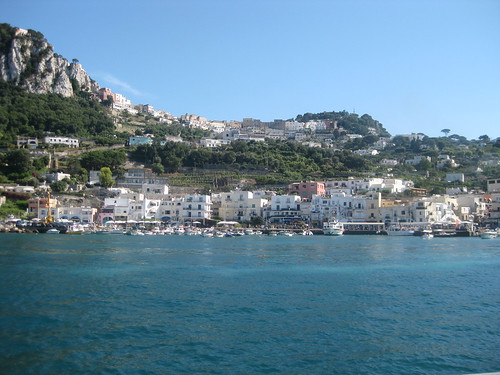 Capri is another cute little Amalfi Coast town. And we took a cab up to Anacapri to do a little more exploring, and to experience the pizza there of course. 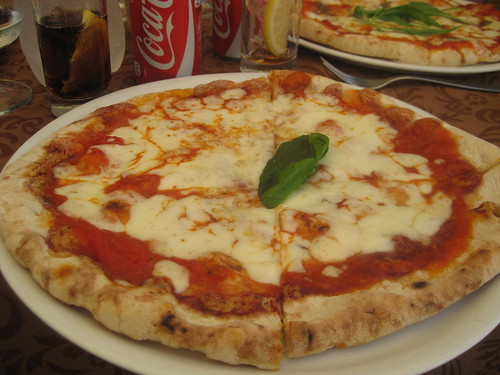 Honestly, this was the best pizza I ever had. I had 3 out of the 4 pieces, and looking back, I wish I would have eaten the entire thing. Pizza near this area is the best since the buffalo mozzarella is so fresh, coming from Naples.

After Capri, we took the ferry back to the town of Amalfi and checked it out: 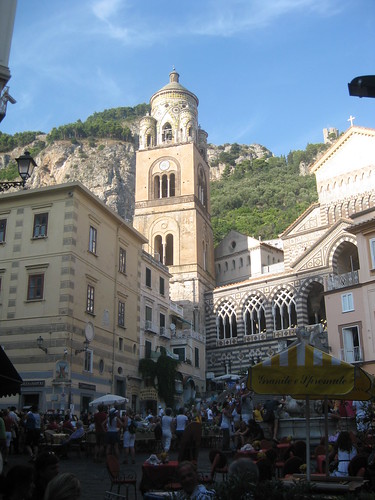 From there, we took a taxi back to Ravello and got ready for dinner. Since we liked our hotel dinner so much the night before, we ate there again the second night. I got a delish little whole wheat pasta dish with goat cheese: 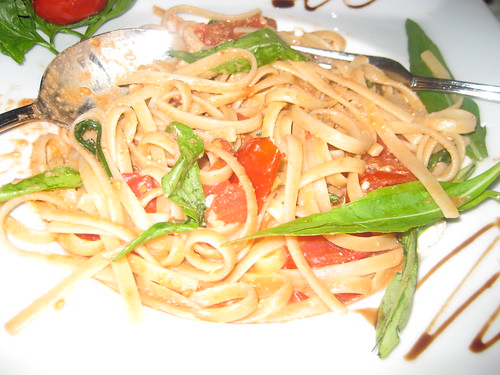 Day 6: Saturday, August 13, 2011
By day 6, we were a little pooped from all the traveling and sightseeing of Rome and Amalfi, so we opted for a more leisurely day. This consisted of a little fingers and toes polish change at the spa, then laying out in the sun. We had a picnic lunch outside with some incredible sandwiches a local deli made us. I wish I could have taken a picture because they were so good – crusty bread with Italian meats and cheeses, drizzled with a little olive oil. Nom nom nom.

That evening, we walked over to the Hotel Caruso, per the recommendation of a good family friend. I’m so glad I listened to her. We stopped at the bar and saw the view: 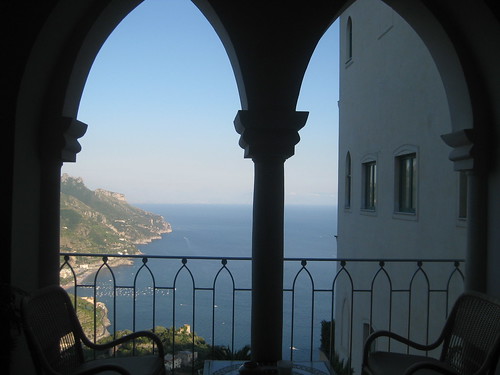 We ordered our drinks, and were presented with this: 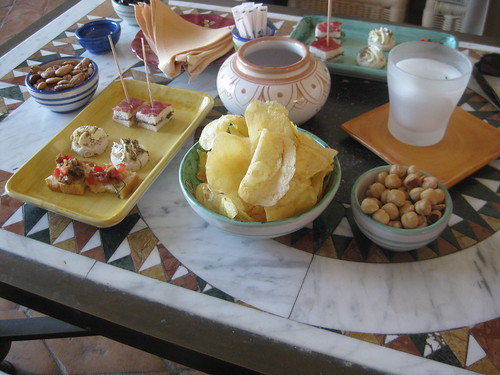 God Bless Italy and their delicious appetizers. I like to think of this as the shirt before the shirt, because then we got our Bellinis:

I had two they were so delicious…and wayyy expensive. This place was mighty swanky. But worth it. Check out this infinity pool at the Caruso: 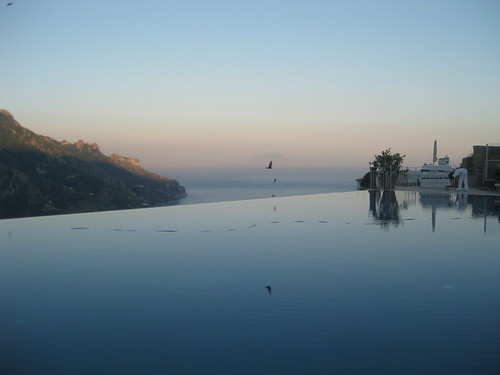 Then we walked over to the Hotel Ruffalo for a sunset dinner on our last night. 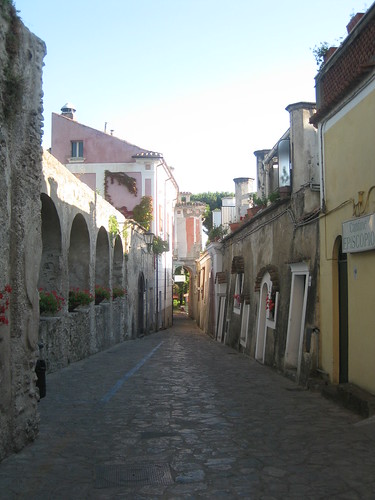 The streets of Ravello walking to dinner. 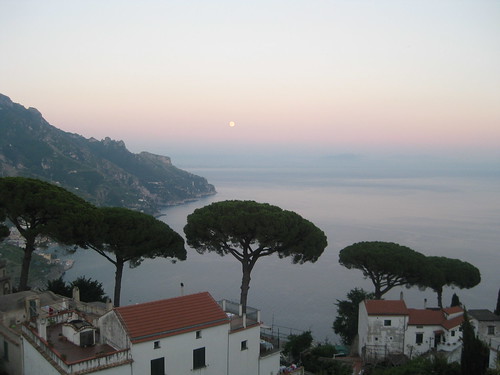 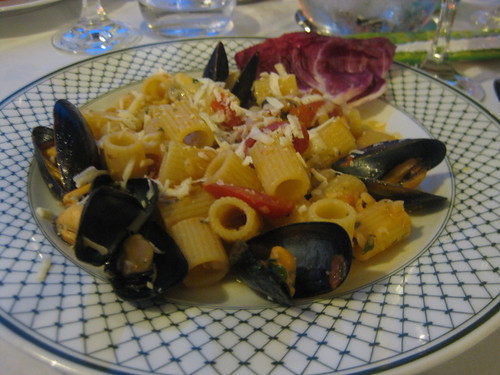 It was to bed early that night, because the next day it was up early, early to drive back to Rome and get on a plane to Sicily. See you in Part 3. Ciao!